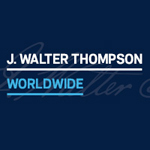 Locations around the world

Still transitioning into the digital age

J. Walter Thompson, known simply as JWT, is one of the oldest, most creative ad agencies, and its global reach makes it a serious player in the world of 21st century marketing.

J. Walter Thompson Company, doing business as JWT, is a leading advertising agency in the US and one of the largest in the world (along with McCann Worldgroup and BBDO Worldwide). It has provided creative ad development, campaign management, and strategic planning services to such clients as Ford, Kimberly-Clark, and Shell. JWT also offers brand development and specialized marketing services, including customer relationship marketing, event marketing, and sponsorships. Its Digitaria unit provides digital and new media marketing services. JWT operates in almost 90 countries. Founded in 1864, it is one of the flagship agency networks of UK-based media conglomerate WPP. In 2018, WPP merged JWT with another of its agencies, Wunderman, to form Wunderman Thompson.

WPP merged J. Walter Thompson with its digital agency Wunderman to form Wunderman Thompson. One reason behind the move was to simplify and streamline services for clients. The agencies have common clients such as with Adobe, Amazon, Google, IBM, Microsoft, Salesforce, and SAP. The merged agency, which will have about 20,000 employees working in some 90 markets, is to be fully operational in early 2019.

The company has more than 200 offices in some 90 countries across Asia Pacific, Europe, Latin America, the Middle East, Africa, and North America

JWT has been able to reach the top ranks of its industry in part because of its long-standing client relationships: The firm has worked with some brands for more than 100 years, and Ford has been a client for more than 60 years. Memorable campaigns have included "I wish I were an Oscar Mayer wiener" for in 1963 and "The Uncola" for in the 1970s.

The agency's long history, though, had given it a somewhat stodgy and conservative image. In 2005 it took the drastic step of discarding its 130-year-old name and rebranding with its updated JWT moniker in order to energize its own brand.

Like many companies, JWT has been pursuing markets less affected by the global economic recession. The company is looking to India, China, the Middle East, Brazil, and Russia for growth. JWT also is focusing more on digital and new media, such as social networking and mobile marketing and advertising.