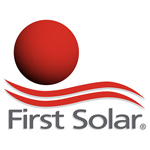 While First Solar is a leader in its field, the recent events have made the solar power industry turbulent.

First Solar, one of the top solar energy companies in the world, makes photovoltaic (PV) modules that convert the sun's energy to electricity. Additionally, the company provides operations and maintenance ("O&M") services to system owners. To make its PV modules, the company uses cadmium and tellurium, which offer better yield in converting sunlight to electricity than conventional crystalline silicon. First Solar also plans, builds, and operates large solar power systems in the US and internationally. The company generates over 85% of sales in the US.

First Solar has offices in more than 10 countries, including the US, Mexico, Brazil, Belgium, Dubai, Germany, Singapore, Australia, Japan, and India. The US is its largest market, accounting for over 85% of sales. Australia and France collectively generate almost 10% of sales. The Arizona-based company's manufacturing facilities are in Malaysia, Vietnam, and Ohio.

First Solar's revenue has bounced up and down over the past five years, but the overall trajectory has been down.

In 2019, sales increased by 36% to $3.1 billion compared to $2.2 billion in 2018. The increase in net sales was primarily attributable to an increase in third-party module sales, the sale of the Sun Streams, Sunshine Valley, and Beryl projects, and ongoing construction activities at the Phoebe and GA Solar 4 projects, partially offset by the sale of the Mashiko and certain Indian projects in 2018 and the completion of substantially all construction activities at the California Flats, Willow Springs, and various other projects in Florida in late 2018 and early 2019.

First Solar's long-term strategic plans are focused on its goal to create long-term shareholder value through a balance of growth, profitability, and liquidity. In executing such plans, the company is focusing on providing utility-scale PV solar energy solutions using its modules in key geographic markets that we believe have a compelling need for mass-scale PV electricity, including markets throughout the Americas, the Asia-Pacific region, Europe, and certain other strategic markets. Additionally, First Solar is focusing on opportunities in which its PV solar energy solutions can compete directly with traditional forms of energy generation on an LCOE or similar basis, or complement such generation offerings.

First Solar accelerated bringing its next-generation PV technology to market, moving up the release of its Series 6 PV module to 2018, leapfrogging the Series 5. It began production at its second Vietnam factory in 2018 and continued to ramp up production across all its manufacturing sites.