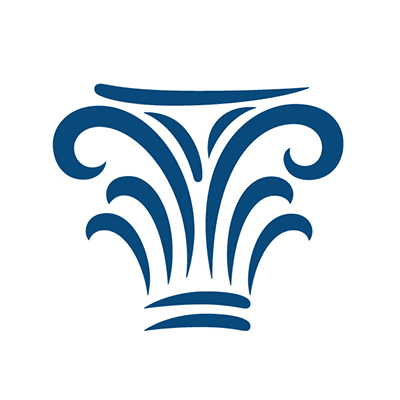 Save
How College Athletes Make the Transition to the Workforce

How College Athletes Make the Transition to the Workforce

In the aftermath of the spectacular conclusion to this year's NCAA men's basketball tournament, it's easy to forget that, for the vast majority of college athletes, no career in the game or sport of their choice awaits. And that can be something of a hard reality to face up to: after 4 years of teamwork, training and extra-curricular activities (not to mention schoolwork), many college athletes find that they haven't had enough time to think about the next step: graduating into a job.

Clearly, that's a situation that doesn't make a lot of sense for anyone involved: not for the student athletes, who have plenty to offer in the workforce; not for their schools, which typically pride themselves on metrics such as graduate employment rates; and not for companies, which are missing out on much-needed skills and abilities if they continue to overlook this group of potential employees.

One company attempting to bridge that gap is Northwestern Mutual. Since 2013, the Milwaukee-based life insurance firm--which is an ever-present on Vault's list of top internship programs--has been working with the National Association of College Directors of Athletics to address the issue head-on, sending representatives to campuses across the country to ensure that student athletes are well-prepared to make the transition from the sporting arena to the career field. The name of this initiative couldn't be more prescient: the firm has dubbed it Life After Athletics.

As the Director of Athletics at Maryville College in St. Louis, MO, Marcus Manning has been involved with the Life After Athletics program for a number of years already, and he says that there is "no question" it has helped his school's athletes to become more competitive in the job market.

Part of the program's success, he says, is due to the fact that it's about focusing on skills at points throughout the year when they will be of use or interest to students. As such, the firm sends representatives to Maryville 6 times over the course of an academic year, to teach student athletes about everything from making the transition from high school to college, to preparing an elevator pitch, to monitoring and cleaning up social media usage that might alienate potential employers.

While Northwestern Mutual has hired a handful of Maryville athletes, sessions are available to all 300+ student-athletes at the school, and Manning is quick to point out that the purpose of the program isn't to source talent for the company: because of its proximity to the St. Louis employment market, "we have one of the highest job placement rates in the country."

Rather, Manning notes that the program is about creating a "mindset shift" among student athletes: one where they're encouraged from the outset to think about their careers from the outset. To that end, "the one thing I see is the mindset with making smart decisions, especially with social media." To create that, he notes that the firm "has done a great job connecting the dots" by highlighting skills and attributes that will carry over from a student's athletic career to whatever role they aspire to in the workforce—including concepts such as work ethic, organization, competitive drive, and being able to deal with failure.

Interestingly, each of those concepts also comes up in conversation with Philip Friedrich, a Lincoln, NE-based financial representative with Northwestern Mutual. Friedrich knows as much as anyone about what it takes to make the step up from college athlete to finding success in the job market—after four and half years at Nebraska's Concordia University, he graduated in 2013 with a dual-emphasis Masters in Finance, having played basketball for the school, practicing 6 days a week, and having also managed to become a top-performing intern with Northwestern Mutual during a three-year, year-round internship.

If that sounds like a busier schedule than most college students, that's because it is: Friedrich credits "being efficient with my time" as one of the key skills that he had to learn to be able to juggle all of those priorities at the same time. When classmates disappeared to grab coffee and socialize during breaks between classes, for example, Friedrich would schedule 20 minutes of time to call prospects and clients—and credits these efforts with adding two or three hours of productivity to his day.

But a well-maintained calendar isn't the only key to Friedrich's success: he also cites key mentors during his internship, as well as echoing many of the personality traits raised by Manning. In addition to key experiences such as learning to deal with failure ("you can't make every shot you take") and being highly competitive, Friedrich mentions the virtues of practice and being held accountable by coaches as two of the other factors that prepare athletes for success in later life.

Those are lessons that he's willing to pay forward as well: having joined Northwestern Mutual  as a full-time financial representative in 2013, Friedrich is now a mentor to interns himself. And, while he'll gladly help anyone who needs it—"Every issue they run into, I've been there"—he feels a special connection to the athletes, partly because of one final trait that he's noticed:

"Because they're used to pushing themselves and listening to coaches being critical of their performance, I find the athletes accept challenging conversations better."