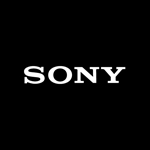 There is plenty of room for advancement at Sony, a corporation that employs more than 168,000 workers across the globe

With such a large company, it is easy for employees to get lost in the shuffle, even when they do good work

About Sony Corporation of America

Sony Corporation of America (SCA) is a wholly owned subsidiary and the US headquarters of Japan's mighty Sony Corporation. Based in New York, SCA is made up of a number of global businesses that also have headquarters in the US, including Sony Electronics, Sony Pictures (film and TV production and distribution), Sony Music, Sony/ATV Music Publishing, Sony Interactive (video games), and Sony Mobile. SCA also includes Sony DADC, which offers media replication and manufacturing services, supply chain solutions (packaging and distribution), and software services. Sony Biotechnology, based in San Jose, California, conducts scientific research by analyzing cells using technology originally developed for the Blu-ray disc.

Sony Corporation of America's headquarters are in New York City. The company has operations across the US and Canada.

Intellectual property and original content is a key stepping stone for Sony Corporation of America's long-term growth as its parent company shifts its focus away from low-margin consumer electronics. It sees digital music streaming as a way to expand songwriter royalty revenues. As such, it made key content acquisitions in 2018, including EMI Music Publishing, which owns and administers more than 2 million songs, and a 39% stake in Peanuts Holdings, the company behind Snoopy and Charlie Brown.

Sony Corporation of America added to its music assets with the late 2018 purchase of some 60% of EMI Music Publishing for about $2.3 billion (it already owned the other 40%). EMI owns and administers more than 2 million songs. The music industry is seeing signs of a recovery as it turns to streaming services for revenue growth. With the EMI acquisition Sony is looking to leverage the value of the copyrights it holds as it makes direct deals with streaming services such as Spotify, Apple Music, Google Play, SoundCloud, and YouTube. EMI commands 15% of the music publishing industry; the combination makes Sony the industry leader with a market share of 26%.

The company also beefed up content offerings in 2018 with a $185 million deal to buy a 39% stake in Peanuts Holdings, the company behind Snoopy and Charlie Brown created by Charles M. Schulz, from DHX Media.

Sony formed Sony Corporation of America (SCA) in 1960. SCA expanded significantly in the late 1980s through two key purchases in US-based entertainment contents. In 1988 Sony acquired CBS Records, at the time the world’s largest record company, from CBS Inc. for $2 billion The following year it purchased Columbia Pictures for a whopping $3.4 billion from Coca-Cola and other investors. The Columbia acquisition was the largest up to that time of an American company by a Japanese firm. The two deals made Sony a major force in the entertainment industry.