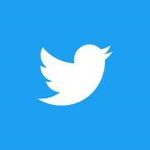 Uncertainty over how the firm's ability to generate revenue

Twitter has a reputation for being a great employer, and is undoubtedly one of the most sought-after résumé names out there.

Twitter, is a global platform for public self-expression and conversation in real time. Twitter allows people to consume, create, distribute and discover content and has democratized content creation and distribution. The service has become a key real-time communication platform as major events unfold around the world. Twitter is available in more than 40 languages around the world. The service can be accessed via twitter.com, an array of mobile devices via Twitter owned and operated mobile applications (e.g. Twitter for iPhone and Twitter for Android), and SMS. The US is its largest market, accounting for more than half of the company's revenues. It makes most of its money from advertisers trying to reach those users.

Twitter generates more than 85% of its revenue from the sale of advertising (mostly from mobile advertising), with the remaining 15% coming from data licensing arrangements.

The company's advertising revenue comes from three streams: promoted tweets, promoted accounts, and promoted trends. Most advertising is sold on a pay-for-performance basis, which means advertisers are only charged when a user engages with their ad.

Twitter's Periscope is a mobile application that lets anyone broadcast and watch video live with others. MoPub is a mobile-focused advertising exchange, which combines ad serving, ad network mediation and a real-time bidding exchange into one comprehensive monetization platform. The Twitter Audience Platform is an advertising offering that enables advertisers to extend their advertising campaigns with Twitter Promoted Products to audiences off Twitter while retaining access to Twitter's measurement, targeting, and creative tools.

Marketers and investors clamoring for data they can analyze for insight into news events and trends is driving demand for the company's data licensing business. Twitter's data products and services offer data sets and data enrichments that give developers and businesses deeper insight into the public content posted on Twitter. The company also offers subscription access to public data feed for partners who wish to access data beyond the public API, which offers a limited amount of public data for free.

Twitter's headquarters is in San Francisco, California. It has more than 35 offices worldwide.

The US is the company's largest market, accounting for over 55% of revenue, while Japan supplies over 15%. The remainder comes from other international markets.

Twitter maintains a global sales force and sales support staff that is focused on attracting and retaining advertisers while certain advertisers use our self-serve advertising platform to launch and manage their advertising campaigns.

The company has a Promoted Products Segments which enable advertisers to promote their brands, products, and services; amplify their visibility and reach; and extend the conversation around their advertising campaigns.

Except for 2017, when the company shut down its TellApart ad business, Twitter's revenue has increased over the past five years.

In 2019, Twitter's annual revenue rose to $3.5 billion, up 14% from the prior year. The growth was primarily driven by advertising revenue, which is primarily attributable to a 24% increase in the number of ad engagements offset by an 8% decrease in cost per ad engagement in 2019 compared to 2018.

Cash at the end of 2019 was $1.8 million. Cash from operations contributed $1.3 billion to the coffers, while investing activities used $1.1 billion, primarily for property and equipment, including purchases of servers and networking equipment. Financing activities used $286.2 million.

Twitter intends to continue to strategically invest in its international operations in order to expand its audience and advertiser base and increase engagement and monetization internationally.

As part of its strategy to improve its products and services, the company may acquire other companies to add engineering talent or complementary products and technologies.

Additionally, Twitter's investment policy and strategy is focused on the preservation of capital and supporting its liquidity requirements. The company does not enter into investments for trading or speculative purposes.

Twitter was established in 2006 by a group of co-founders including Jack Dorsey, Noah Glass, Evan Williams, Florian Webb, and Christopher "Biz" Stone. The concept began as a project at Odeo, a tech startup founded by ex-Google employees. It was originally imagined as an SMS-based communications platform called Twttr. Users would text a brief message to one number and it would be broadcasted out to all of your friends.

Twitter became a huge hit in the spring of 2007, when it took over the SXSW Interactive conference in Austin and was catapulted into the national consciousness. It filed an IPO in 2013, when it announced the filing of its S-1 with a Tweet of its own.