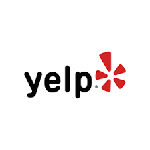 Young company with an innovative vision

No expressed commitment to diversity

Yelp is a young, hip company with an innovative product and significant opportunities, particularly in sales.

Yelp offers user-generated reviews and information on local businesses and service providers through its website and mobile app. Its content covers restaurants and bars, spas and salons, doctors, and retail establishments, as well as a host of other business and consumer service providers. It includes more than 177 million consumer reviews, and is primarily ad-supported. The site has a social media-friendly interface -- users can create and maintain profiles (complete with friend networks and photos), where they can blog on experiences with businesses. Yelp has a presence in cities across the US, Canada, and Europe. The firm was founded in 2004 by former PayPal engineers Jeremy Stoppelman and Russel Simmons.

Yelp has seen sizable growth in its revenue since 2014, though its net income has fluctuated and profits took a hit in 2015 and 2016 when the company reported losses. Yelp hit some snags with competition for talented workers and credibility issues following reports about fake reviews, but the firm has since recovered.

During 2018, the company generated net revenue of $942.8 million, representing 11% growth over 2017. The spike was due to a significant increase in the number of paying advertising accounts. Yelp attributes this increase to its switch from longer fixed-term contracts to shorter non-term agreements that let advertisers cancel their ad campaigns at any time.

Net income was $55.4 million in 2018, down from $152.9 million in 2017. Higher general and administrative costs, as well as an increase in product development expenses, contributed to the decline. Also in 2017 the company benefited from a pre-tax gain on proceeds from the sale of Eat24.

Yelp considers its competitive advantages to be its brand, its large audience of intent-driven consumers, its content, and the network dynamics on its platform.  The company  is highly dependent on advertising sales, which account for nearly all revenues.

The firm has added capabilities that allow consumers to transact with local businesses, primarily through integrations with partners in key verticals. Its largest category in this area by revenue and volume is online food ordering, available through a partnership with Grubhub. Similarly, consumers can book auto repairs (RepairPal), make spa and salon appointments (Vagaro), schedule legal consultations (LegalZoom), and order flowers (BloomNation) through Yelp. Consumers can also message businesses to directly request quotes for products and services.

Yelp is working to refine its advertising products. In 2018, it launched the Yelp Ads Certified Partners Program. Through the program Yelp partners with independent marketing agencies that have a direct line to Yelp, and have been trained on all aspects of managing ad campaigns on the service. Yelp claims it is more efficient for partner agencies to manage ad campaigns on behalf of their small and medium-sized business clients.

The company, which has historically relied on local ads, plans to expand its national accounts. It is also enhancing its self-serve channel, which lets businesses purchase ads directly through Yelp's website. Yelp states that the channel generates high-margin revenue with less involvement from its sales force.