“My colleagues are incredibly smart, funny, and down to earth.”

“The mentorship and quality of work.”

“The prospects for partnership are slim, and it is unclear what the process is for making partner.”

With 1,000 lawyers across the U.S., Asia, and Europe, WilmerHale is a litigation powerhouse, known especially for its work in IP, securities, and appellate litigation, as well as its life sciences and technology experience. The firm counsels in a range of industries, including aviation; big data; Brexit; education; energy, environment, and natural resources; financial services; health care; insurance; media and entertainment; national security; professional services; and technology.

WilmerHale was formed in 2004 when Hale and Dorr LLP and Wilmer Cutler Pickering LLP joined forces. Legacy firm Hale & Dorr dated back to 1918. Among other things, the firm was known for its work in government matters. Firm lawyer Joseph Welch represented the U.S. Army in the legendary U.S. Army-McCarthy congressional proceedings. And Jim St. Clair left the firm in the ’70s to become Special Counsel to Richard Nixon during Watergate.

Wilmer Cutler & Pickering was launched in the ’60s in DC. Like Hale & Dorr, the firm had experience working in government—its attorneys were counsel to Jimmy Carter, George H.W. Bush, and George W. Bush, to drop a few names. And the firm laid the groundwork for a future commitment to pro bono as the first signatory to the ABA’S Law Firm Pro Bono Challenge.

WilmerHale is a full-service shop, handling everything from antitrust and bank regulation to bankruptcy and cybersecurity to M&A and IP to tax and white collar—and much more.

The foundation of WilmerHale’s success is its IP practice. The firm combines technical expertise—more than 120 of its lawyers hold scientific and technical degrees—with BigLaw firepower. Annually, the firm secures hundreds of patents and trademark registrations worldwide. One factor behind the department’s excellence has been the firm’s sophisticated multi-jurisdictional representation of an all-star roster of high-profile IP clients, including Apple, Abbott Laboratories, Intel, Broadcom Corp., Boeing, Boston Scientific, Millennium Pharmaceuticals, Monsanto, Novartis, Oracle, Pfizer, and Wyeth.

The firm is also well known for its Appellate & Supreme Court Litigation practice. WilmerHale attorneys have argued more than 140 cases before SCOTUS and are regulars before state and federal appellate courts. The firm has been named to The National Law Journal’s Appellate Hot List every year for over a decade.

In the life sciences area, the firm brings a multi-disciplinary approach. Clients include biotechnology, pharmaceutical, diagnostic, and medical device companies. The group works across such areas as corporate finance, licensing, M&A, patent issues and IP counseling, regulatory matters, and more.

In 1992, Hale & Dorr lawyers donated money to establish the WilmerHale Legal Services Center of Harvard Law School, which is a clinical teaching facility through which Harvard Law students help people in the community in such areas as estate planning, domestic violence, tax, housing, predatory lending, and veterans law. Firm attorneys also work with the clinic, providing hundreds of hours of pro bono service.

WilmerHale’s Appellate and Supreme Court Practice won all three of its cases argued before the U.S. Supreme Court during the 2018–2019 term, including Dutra Group v. Batterton, Mission Product Holding v. Tempnology LLC, and Franchise Tax Board of California v. Hyatt.

Under the Trafficking Victims Protection Act, a WilmerHale pro bono team set a new standard for liability in human trafficking cases by obtaining a favorable settlement for a sex trafficking victim against a motel and its owners and managers.

With a decision that The Boston Globe called “a defiant defense of affirmative action in higher education,” a WilmerHale trial team achieved a victory on all counts for Harvard University in a high-profile challenge to the use of race in its undergraduate admissions process.

A WilmerHale pro bono team secured a win for artist Matt Furie in a copyright infringement suit against Infowars. Since 2017, Furie, under the representation of WilmerHale, has aggressively enforced his intellectual property rights to end the misappropriation of Furie’s Pepe the Frog by the “alt-right.” 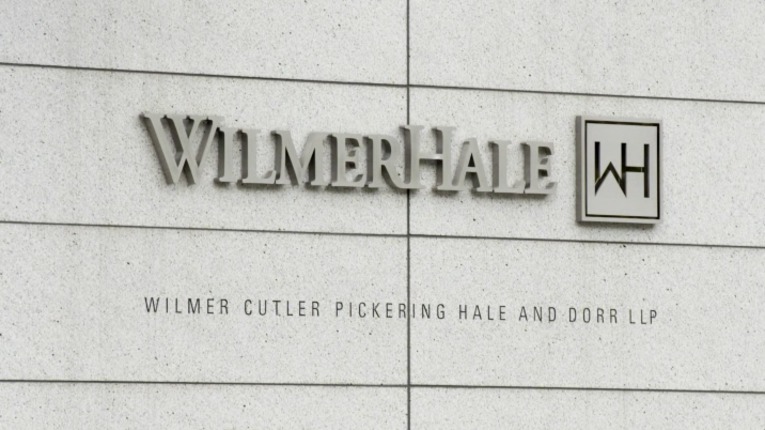 Karen Rameika
Firmwide Legal Recruitment Manager
(617) 526-5565
Recruiting contacts for all offices can be found on the firm website.

No. of International Offices: 5