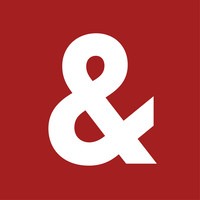 “Fully being able to be an entrepreneur even in junior roles.”

“Possibility to work in different industries.”

About Strategy&, part of the PwC network, Europe

Strategy& is PwC’s global strategy consulting business formed through the acquisition of Booz & Company by PwC in 2014 and brings more than 100 years of experience helping global clients solve their toughest problems. To support its clients compete, Strategy& places a heavy emphasis on foresight and innovative thinking as well as a collaborative approach - a trait that goes all the way back to founder Edwin Booz.

As the only at-scale strategy business that’s part of a global professional services network, Strategy& embeds its strategy capabilities with frontline teams across PwC to support clients from strategy to execution. The result is an authentic strategy process powerful enough to capture possibility, while pragmatic enough to ensure effective delivery.

In terms of industry expertise, the firm has expert talent and resources across multiple areas including: aerospace and defense, automotive, chemicals, consumer markets, energy and utilities, financial services, healthcare and pharmaceuticals, industrial products, media and entertainment, oil and gas, retail, transportation, as well as others.

Start-ups have been hit especially hard by the economic crisis resulting from shutdowns due to COVID-19. Globally, investors are increasingly wary of putting their capital into young companies, which applies to even those recently celebrated as rising stars, leading to a careful selection of supported projects. In Germany, for example, more than 80% of start-ups across all sectors believe their future is endangered as a result of the economic consequences of the pandemic, according to a survey conducted in March by Germany’s start-up industry association. Yet for digital healthcare start-ups, the social distancing required by governments to contain the virus’ spread offer opportunities for growth.

Just as global manufacturers are starting to roll out their first generation of dedicated electric vehicle platforms and plug-in hybrid powertrains, the regions of the world have been feeling the effects of COVID-19 one after the other. After a complete shutdown in demand and production in China in February 2020, Europe followed suit in March, while North America faced a similar situation by April. Based on full-year total market declines estimated between 10 and 40%, electrified vehicles are expected to secure growing market shares due to dedicated customer demand and an expanded product offering. Targeted subsidies and sales support have proven highly effective in overcoming buyer objections and are expected to play a major role in post-crisis recovery programs, supporting economic, regulatory and environmental targets.

Global payment transactions are moving towards a cashless future. There is immense potential in digital payment for scalable, Europe-wide innovations to simplify consumers' lives on many levels. Although Europe is a leader in payment standards and data protection, several hurdles prevent the breakthrough of open banking: a fragmented payment landscape, structural barriers, a strong focus on data protection and insufficient industry innovation. The opportunities for financial services companies have been clear for some time, but European banks and payment service providers have not yet taken advantage of them.

‘Future of Health’ Study: Digitization shifts global healthcare spending by up to 4.4 trillion dollars by 2030

The foray of digital technologies into the healthcare sector holds enormous financial potential, but also poses major challenges for the biopharma industry: A recent survey of 120 managers of the world's largest biopharma companies predicts that the global healthcare market volume will grow by 10%, from US$ 10.6 trillion dollar to US$ 11.6 trillion. However, due to the rapidly growing proportion of the population with access to healthcare in the future, a 27.5% decline in spending per patient is expected. On this basis, net operating margins in the biopharma industry could fall significantly from currently 25% within the next decade. With regard to growth in the overall healthcare market, executives in the biopharma sector expect massive shifts in expenditure by 2030, especially in the areas of diagnostics (+524%), preventive care (+244%) and digital health (+205%).

‘Retail Banking Monitor’: A balancing act between the need to save and the pressure to invest for European banks

A little more than a decade after the financial crisis, many European banks are still struggling with their retail businesses: low interest rates, a stagnating population as well as asset growth led to a 3% decline in earnings in 2018. Operating profit at German banks averaged 159 euros per customer for the past year. Swiss banks achieved an average of 451 euros per client, almost three times as much. Overall, banks with a balanced cost structure between keeping costs low and investing in their existing customers achieved the best business results. The analysis included about 50 retail banks and banking groups across Europe, North America and Australia with a combined 715 million customers and an estimated 17.1 trillion in retail deposit and loan volumes.

With 102 incoming CEOs in Western Europe in 2018, the number of turnover events in the 515 companies surveyed was particularly high, which raised the turnover rate to 19,8% (2017: 14.5.0%). This included 11.1% of turnover events being planned (global: 12.0%), 2.9% due to M&As (global: 2.0%) and 5.8% forced turnovers (global: 3.6%). At the same time, the average tenure of Western European CEOs decreased from 6.4 years in 2017 to 6.0 years in 2018. The study analyzed succession events at the top of the world's 2,500 largest public companies. In 2018, the global CEO turnover rate reached 17.5%, a record high for the study driven by a higher rate of both forced and planned turnovers. More CEOs were forced out for ethical lapses than for financial performance or board struggle, a first in the study’s history.

The role of the Chief Digital Officer (CDO) is changing, but it is not losing its relevance for companies. At the global level, 21% of all companies have a CDO in place (2016: 19%). European countries record a growth in CDOs, with France having the largest number of companies with a CDO (66%), followed by Germany (48%) and the Netherlands (45%). The vast majority of digital managers are named CDOs, while other popular titles are CIO and CTO. Strategy& included the world's 2,500 largest public companies in its analysis.