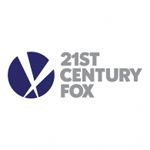 One of the largest media companies in the world with major assets in the U.S., the U.K. and Australia.

Embroiled in a phone-hacking scandal in the U.K. and the U.S.

Donations to the Republican Governor’s Association and The U.S. Chamber of Commerce created more speculation that the company is bias towards the Republican Party.

News Corporation is the world’s most diverse and creative global media company with interests in film, television, newspaper and book publishing among other media divisions.  The company is the world’s second-largest media conglomerate in terms of revenue in 2011.

Cable Network Programming, about 60% of revenue, consists of the production and licensing of programming distributed primarily through cable television systems, direct broadcast satellite operators, telecommunication companies, and online video distributors in the US and internationally.

The company's Television segment (representing about 15% of revenue) consists of the broadcasting of network programming in the US and the operation of nearly 30 full power broadcast television stations, including stations in New York, Los Angeles, and Chicago.

Twenty-First Century provides content to millions of subscribers through its pay-television services in Europe and Asia, including Sky Deutschland, Sky Italia, and through equity interests in British Sky plc, and Tata Sky.

While Twenty-First Century Fox operates in the US, Europe, Asia, Australia, and Latin America, about 70% of its revenue comes from the US and Canada.

The company averages about $2.2 billion a year in advertising spending.

Twenty-First Century Fox’s revenue has increased in the past two years after two straight years of decreases. The company’ sales are still below its decade high of $32.8 billion reached in 2010. Its net income has swung up and down with a high of $8.3 billion in 2015.

In 2018 (ended June), revenue rose about 7% to $30.4 billion, an increase of about $2 billion from 2016. Driving the increase were higher affiliate fees from Cable Network Programming and Television and higher content revenue from subscription video-on-demand from the licensing of television productions, and higher worldwide theatrical revenue. Revenue from Cable Network Programming, which provides about 60% of overall revenue, rose 11% in 2018 from 2017. Advertising revenue decreased in 2018 from 2017 because Fox didn’t carry the Super Bowl in 2018 but did the year before. The company also said there was less political advertising revenue in the non-election year.

In 1952 Rupert Murdoch inherited two Adelaide, Australia, newspapers from his father. After launching the Australian, the country's first national daily, in 1964, Murdoch moved into the UK market. He bought tabloid News of the World, a London Sunday paper, in 1968, and London's Sun the next year. In 1973 Murdoch hit the US, buying the San Antonio Express-News and founding the Star tabloid. He followed this up in 1976 by buying the New York Post. Murdoch formed News Corporation in Australia in 1979.

Moving upmarket in 1981, Murdoch bought the London Times and 40% of Collins Publishers, a London book publisher. After buying the Chicago Sun-Times in 1983 (sold 1986), Murdoch bought 13 US travel, hotel, and aviation trade magazines from Ziff-Davis, as well as film studio Twentieth Century Fox in 1985. In 1986 Murdoch bought six Metromedia stations and launched FOX Broadcasting, the first new US TV network since 1948.

Print was not forgotten, however, and in the late 1980s News Corp. picked up US book publisher Harper & Row as well as Triangle Publications (TV Guide and other magazines). It also bought textbook publisher Scott, Foresman and the rest of Collins Publishers. (Harper & Row was later merged with Collins to form HarperCollins.)

In 1998 the company bought the Los Angeles Dodgers and stakes in the new Los Angeles-area Staples Center sports arena. (It sold its stake in the Staples Center in 2004.) Also that year News Corp. spun off part of Fox Entertainment in one of America's largest IPOs, raising $2.7 billion.

In 1999 News Corp. purchased a 10% stake of wireless ISP OmniSky. The following year Sky acquired nearly 25% of Kirch PayTV, the German pay-TV operation of KirchGruppe. Murdoch placed all of the company's satellite holdings into a new entity, Sky Global Networks. (News Corp. folded Sky Global back into its operations in 2002 when it failed in its initial bid to buy DIRECTV.) Also that year News Corp. bought a stake in China's state-owned telecom operator Netcom.

In 2001, along with partner Haim Saban, News Corp. sold the Fox Family Channel to Disney for about $5.2 billion. That year the FCC approved the company's $4.8 billion purchase of TV station group Chris-Craft. The deal gave News Corp. an additional 10 TV stations.

News Corp. in 2003 finally realized its dream of owning a chunk of DIRECTV when it bought 34% of Hughes Electronics, the satellite television company's parent, from General Motors. News Corp. transferred its interest in Hughes (which changed its name to The DIRECTV Group) to its Fox Entertainment subsidiary. The following year, in an effort to make its stock more attractive to US investors, News Corp. shifted its incorporation from Australia to the US.

In 2013, the company changed its name from News Corp. to Twenty-First Century Fox to reflect its wider range of offerings.