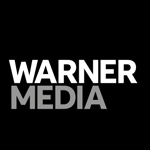 Reputation as one of the top media and entertainment companies

Some subsidiaries have a reputation for poor customer service, such as Time Warner Cable

Economic trends and changes in the media industry have affected the company, including layoffs at many companies

Time Warner is an industry leader in media and entertainment with a diverse array of companies, including cable networks, television, movies and print publications.

Time Warner Inc was taken private in 2018 by AT&T, who acquired the media company for $85 billion, after which it changed its name to Warner Media, LLC (tradestyle WarnerMedia).

Home Box Office (known as HBO) consists of pay television and streaming services domestically and premium pay, basic tier television, and streaming services internationally. Its main revenue sources are subscriptions to its HBO, Cinemax, and HBO NOW services, as well as licensing of its original programming to third-party television networks and over-the-top (video-on-demand) services in over 150 countries, including the UK, Australia, France, Germany, and Canada. The segment has approximately 50 million subscribers in the US. The division is behind a whole library of well-loved TV shows, including Game of Thrones, True Detective, and Westworld.

The Warner Bros. segment consists of television, feature film, home video, and video game production and distribution. Its vast content library spans more than 100,000 hours of programming, including over 8,600 films and 5,000 TV shows.

Warner Media's content and brands have a truly global reach. However, in fiscal 2016, more than 70% of the company's revenue came from the US and Canada, followed by Europe accounting for 15%.

Warner Media has offices; studios; technical, production and warehouse spaces and communications facilities in the US, Hong Kong, Chile, Argentina, and the UK. Outside of the US, its portfolio of brands and digital businesses reaches consumers in more than 200 countries and territories.

Warner Media sells and distributes its products through licensing to affiliates and digital distributors, apps, digital storefronts, traditional retailers, the Amazon Prime SVOD (Subscription Video-On-Demand) service, and other exhibitors such as airlines and hotels. In 2018, HBO had approximately 54 million domestic subscribers.