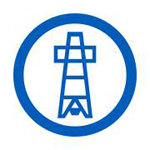 Anadarko is among the largest independent oil and natural gas exploration and production companies in the world with both domestic and international exploration opportunities.

Anadarko Petroleum Corporation is one of the world's biggest independent exploration and production companies that primarily sells oil, natural gas, and NGLs. The company has proved reserves of about 1.5 billion BOE and owns 2,500 net oil wells and 6,500 net gas wells. Its conventional oil assets are mainly in the US Gulf of Mexico, but also in Algeria and Ghana. The unconventional portfolio comprises the Delaware (Texas/New Mexico) and DJ (Colorado) basins in the US. Midstream activities include gathering, processing, and transportation of company-produced and third-party energy products. In 2019, Occidental Petroleum acquired Anadarko for $38 billion, outbidding Chevron.

In purchasing Anadarko for $38 million, Occidental displaced Chevron and its $33 million bid. The transaction, valued at $55 billion including debt assumptions, closed in August 2019. Occidental and Chevron were attracted by Anadarko's global portfolio and its Permian Basin holdings (640,000 net acres), one of the most economical oil regions in the world. The deal made Occidental the biggest player in the Permian.

Occidental had wooed Anadarko for a stock-and-cash deal, before Chevron stepped in and offered more cash. Occidental regrouped and raised more cash (including $10 billion from Warren Buffett) to sweeten its bid. Anadarko paid a $1 billion termination fee to Chevron.

Prior to its 2019 acquisition by Occidential, Anadarko Petroleum reported its operations in two segments.

The Exploration and Production segment (80% of revenue) manages Anadarko's oil, NGL, and natural gas activities in the US, Algeria, and Ghana, plus the sale of those products. The company focuses majority of its activity on legacy assets like the Delaware and DJ basins, though it also plans to conduct new appraisals in the Powder River basin. In the Gulf of Mexico, the company continues an active deep-water development and exploration program.

Anadarko's Midstream segment maintains gathering, processing, treating, transportation, and produced-water disposal assets to complement its oil and natural-gas production operations. It provides similar services for third-party customers. The company has some 30 gathering systems and 70 treating facilities adjacent to its E&P assets, which helps the company improve costs and control production schedule. Midstream accounts for some 20% of company sales.

Anadarko Petroleum's operations are in the US, Algeria, Ghana, and Mozambique. In the US, its properties are in the Gulf of Mexico, Wyoming, Colorado, Utah, Pennsylvania, Texas, and New Mexico. The company also has additional mineral rights on some 7.3 million acres in the US. Exploration acreages are in Canada, Colombia, Peru, and South Africa.

Some 80% of the company's revenue comes from its US operations.

Anadarko Petroleum sells oil under indexed market price contracts but also enters fixed-price and cost escalation-based agreements. The company's Algerian and Ghanaian oil production is sold in the international market. The company's natural gas is often controlled by firm-transportation capacity (based on a shipper agreeing to purchase a specific amount of capacity).

Anadarko also provides midstream services to third-party customers through various standard contracts like fixed-fee (payment amount does not depend on resources used or time expended), percent-of-proceeds (processors receive an agreed upon percentage of the actual proceeds of the sale), and keep-whole contracts (the processor retains the NGLs extracted and returns the processed natural gas or its equivalent value to the producer).

Anadarko Petroleum's revenue improved 12% to $13.3 billion for 2018. This was mainly due to increased drilling and completion activities at the Delaware and DJ basins, which bumped up oil sales volumes by 9%. Revenue has also surged due to improvements in realized oil prices, which have climbed in the last two years due to OPEC production cuts, Iranian output curtailment due to US sanctions, and declines in Venezuelan production. This marks a financial turnaround for the company, which saw revenue drop dramatically from $16.3 billion in 2014 to $8.4 billion in 2016 due to the commodity price downturn.

Anadarko posted $615 million in profit for 2018, the first positive net income in five years; the company posted a combined $11.9 billion in losses during the 2014-17 years. The turn in fortune came mostly on the back of a $2.1 billion reduction in exploration costs, plus a $500 million reduction in midstream expenses.

The company's cash and cash equivalents fell by $3.2 billion, ending 2018 with $1.4 billion on hand. Cash from operations generated $5.92 billion, which was more than offset by $5.98 billion used in investing activities (mostly in purchase of property, plant, and equipment). Financing activities further depleted $228 million. A further $3.1 billion was spent in financing activities.

The company began to turn its finances around in fiscal 2018, and further moved to stabilize its position when it agreed to be acquired by Chevron in 2019. Chevron was later outbid by Occidential Petroleum, and Occidential completed its purchase of Anadarko in August 2019.

Prior to its acquisition by Occidental, the company was working to leverage its core assets like the Delaware and DJ basins and the Gulf of Mexico properties to improve cash-margins. Beyond its legacy assets, Anadarko was also expanding its operations through a new LNG project in Mozambique.

However, the company's expansion activities have been limited by a $5 billion share repurchase program as well a $2 billion debt-reduction program. Anadarko completed a structural reorganization in 2018, whereby Anadarko's midstream assets were transferred to its subsidiary Western Gas Partners, aimed to increase Anadarko's yearly cash proceeds from that subsidiary.

Anadarko was initially set up as the gas exploration and production unit of the Panhandle Eastern Pipe Line Company in 1959. The plan was to take advantage of a ruling by the Federal Power Commission (now the Federal Energy Regulatory Commission) to set lower price ceilings for producing properties owned by pipeline companies. It was so successful over the next two decades that to realize shareholder value, Panhandle spun off Anadarko in 1986, separating its transmission and production businesses.

Since then, one of Anadarko's biggest purchases has been the 2006 acquisition of midstream operator Western Gas and fellow explorer Kerr-McGee for about $26 billion.