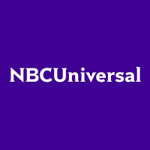 NBCUniversal Media is a leading media conglomerate anchored by its broadcast network NBC, with more than 200 affiliate stations (including 10 that are company-owned), and its Universal Studios feature film division. Other broadcasting operations owned by NBCUniversal include Spanish-language network Telemundo and a portfolio of cable TV channels that includes Bravo, E! Entertainment, Syfy, USA Network, Oxygen, and news channel MSNBC. It also owns the Universal theme parks, located in the US, Japan, and Singapore. Comcast, one of the top US cable systems operators, owns NBCUniversal.

Cable Networks, which accounts for about one-third of the company's total revenue, includes a portfolio of television networks ranging from entertainment to news and information channels.

Broadcast television accounts for another third of revenue. It includes the NBC and Telemundo networks.

Filmed Entertainment, which brings in around 20% of revenue, produces, acquires, markets, and distributes films around the world. It also owns movie ticketing business Fandango.

The Theme Parks segment, which accounts for some 15% of total revenue, includes the movie-themed Universal Parks & Resorts operations.

NBC programming is available throughout the US and in much of Canada. The company operates through US offices in New York; Los Angeles; Englewood Cliffs, New Jersey; Miami; Orlando; Stamford, Connecticut; and an international office in London. Its regional sports and news networks together reach more than 27 million households across the US.

NBCUniversal markets and distributes its cable programming to multi-channel video providers and subscription video-on-demand providers including Hulu and Netflix. The company also sells its content on DVDs and Blue-ray discs, as well as through digital distribution services.

The company's Broadcast Television segment saw the highest growth in 2018, rising 20% to $11.4 billion. Cable Networks rose 12%. This was partially offset by a 6% decline in Filmed Entertainment.

NBCUniversal has turned significant focus toward digital entertainment and online media distribution to capitalize on new technologies. The company is faced with growing competition from streaming services, which have changed the TV landscape. As such, it has an almost 30% stake in video streaming site Hulu -- but some speculate that it will sell that stake. Somewhat confirming that speculation, in early 2019 NBCUniversal announced plans to launch its own streaming service. It will compete with such contenders as Hulu and Netflix, as well as new entrants to the field such as Warner Bros., AT&T, and Disney.

The company already operates hayu, an international reality programming streaming service featuring content such as "Keeping Up With the Kardashians" and "The Real Housewives" franchise. It is available in countries including the Benelux nations, Australia, the UK, and Canada.

One of the company's better-performing assets is cable news channel MSNBC, which has gained in popularity in recent years. NBCUniversal has also had success selling its programming to other networks.

However, the company has been beleaguered by uneven performance at the box office and low ratings for its broadcast network. And like other media companies, NBCUniversal needs to rethink the way it does business with advertisers, as a large portion of its audience now views programming on demand, which makes targeting demographic groups more challenging.

NBCUniversal was established in 2011 when Comcast and GE formed a joint venture that included NBC Universal's operations and Comcast's networks and digital properties.