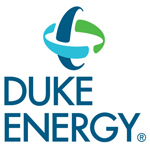 Plenty of opportunities for advancement.

Friendly and helpful staff and managers.

Workdays can be hectic.

Some managers are poor communicators.

Duke Energy Corporation offers plenty of jobs for professionals such as accountants and engineers, and for skilled craftspeople such as line technicians and mechanics.

Duke Energy is one of the top electric power holding companies in the US, serving about 7.8 million retail customers in six US states covering more than 90,000square miles of service area in the Southeast and Midwest. Its substantial coal, nuclear, and natural gas assets generate more than 50,000 MW of electricity. The company also serves about 1.6 million natural gas customers through more than 65,000 miles of pipelines. Duke Energy's rate-regulated utilities serve customers in the Carolinas, Florida, Ohio, Indiana, and Kentucky. The company also owns some renewable energy assets like wind and solar farms.

Comprising 90% of Duke's total revenue, the Electric Utilities and Infrastructure unit encompass the whole cycle— generation, transmission, distribution, and sale of electricity. The company's diversified energy sources come mostly from natural gas, nuclear fuel and coal. About 20% of the company's delivered power is purchased from other energy generators.

The Gas Utilities and Infrastructure segment serves residential, commercial, industrial and power generation natural gas customers through the regulated public utilities of Piedmont and Duke Energy Ohio. It has some 1.6 million customers in the Carolinas, Tennessee, southwestern Ohio, and northern Kentucky. More than 5% of the company's sales comes from this segment.

The Commercial Renewables segment (less than 5% of annual sales) generates renewable energy through utility-scale wind and solar assets across some 20 states.

Duke Energy, headquartered in Charlotte, NC, owns and operates power generation facilities primarily in the Carolinas, Florida, Indiana, Kentucky, and Ohio. Its service area covers more than 90,000 square miles with an estimated population of 25 million people. The company's renewable energy facilities include some 20 wind facilities, mostly in Texas and Wyoming, and more than 125 solar facilities, mostly in North Carolina and California, as well as one battery storage facility in Texas.

Revenue increased some 2% from $24.5 billion in 2018 to $25.1 billion in 2019. The growth came mostly sales increase in the Regulated Electric segment and an increase in electric utility and infrastructure rates.

The company's cash and cash equivalents slightly decreases from $591 million in 2018 to $573 million at the end of 2019. Cash from operations generated $8.2 billion, while cash from investing used $12 billion. Financing activities provided a further $3.7 billion. Duke Energy's main cash used primarily in capital expenditures, purchase of debt and equity securities, and issuance of long-term debt, preferred and common stock.

Duke Energy is focused on an ambitious growth plan for its US operations with a $37.0 billion budget earmarked for the 2019-2023 period. It encompasses different strategies for each of its businesses. As part of its growth strategy, Commercial Renewables has expanded its investment portfolio through the addition of distributed solar companies and projects, energy storage systems and energy management solutions specifically tailored to commercial businesses. These investments include REC Solar, a California-based provider of solar installations for retail, manufacturing, agriculture, technology, government and nonprofit customers across the US and Phoenix Energy Technologies Inc., a California-based provider of enterprise energy management and information software to commercial businesses.

A major growth area the company is targeting is the expansion of its gas business. The construction of a new LNG facility (Robeson) that is expected to be fully operational by.

Duke Energy's Gas Utilities and Infrastructure's natural gas procurement strategy is to contract primarily with major and independent producers and marketers for natural gas supply. It also purchases a diverse portfolio of transportation and storage service from interstate pipelines. This strategy allows Gas Utilities and Infrastructure to assure reliable natural gas supply and transportation for its firm customers during peak winter conditions.

Gill Wylie founded Catawba Power in 1899. The next year Wylie and James "Buck" Duke (founder of the American Tobacco Company) formed Southern Power Company. To buy other Piedmont-region utilities, Buck Duke formed the Southern Public Utility Company in 1913. In 1924, this expanded company was renamed Duke Power. Growing after WWII, the company went public in 1950 and moved to the NYSE in 1961. From its humble beginnings, the company has grown to be one of the top electricity providers in the US.