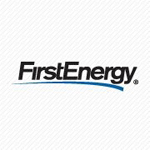 FirstEnergy's first goal is to generate and deliver power, but its second goal is to stay profitable in a market undergoing deregulation. Its ten utilities provide electricity to 6 million customers in the Midwest and the Mid-Atlantic. FirstEnergy controls approximately 3,780 megawatts from regulated scrubbed coal and hydro facilities in West Virginia, New Jersey and Virginia. Stretching from the Ohio-Indiana border to the New Jersey shore, the companies operate a vast infrastructure of more than 269,000 miles of distribution lines and are dedicated to providing customers with safe, reliable and responsive service.

The Regulated Distribution segment distributes electricity through FirstEnergy's ten utilities which serve 6 million customers in a service area. It has a controlling interest in about 3,800 MWs of generation capacity in West Virginia, Virginia, and New Jersey. It fulfills the additional electricity needs of its customers through power purchase agreements.

The Regulated Distribution segment sells roughly equal amounts of electricity to its residential and commercial customers, and slightly less to its industrial customers. Generally, there is no competition for electric distribution service in its service territories in Ohio, Pennsylvania, West Virginia, Maryland, New Jersey and New York.

Until 2018, the company's financial performance was steady through trending slightly upward until it slightly fell in 2019. Net income also slightly fell down in 2019 but improved a lot in 2018 despite the loss in the later year.

In 2019, revenue fell 2% to $11.0 billion, this was due from Regulated Distribution primarily from retail generation and wholesale sales.

The company decrease its net income of $912 million for 2019 primarily due to low income from continuing operation and Regulated Distribution segment. Regulated Distribution's net income decreased $166 million in 2019, as compared to 2018, primarily resulting from the SCOH ruling that ceased collection of Rider DMR, a higher pension and OPEB mark-to-market adjustment, the absence of the reversal of a reserve on recoverability of certain REC purchases in Ohio, and lower revenues associated with decreased weather-related usage.

FirstEnergy's strategy is to invest in its Regulated Transmission and Regulated Distribution segments as a fully regulated company, FirstEnergy is also focused on improving the balance sheet over time consistent with its business profile and maintaining investment grade ratings at its regulated businesses and FE.

FirstEnergy's 2019 Strategic Plan, "Energized by Possibility," articulates their vision for the next five years. It includes the company's approach to the rapid changes in the electric utility industry fueled by evolving customer expectations, emerging technologies and a lower-carbon economy. The plan outlines key initiatives related to our core values, including: Providing customer with reliable electricity and innovative programs, products and services; Fostering a culture of innovation and embracing forward-thinking perspectives and emerging technologies; Helping customers and communities thrive while making the environment better; Creating a diverse and inclusive workplace; Leveraging teamwork to create thoughtful, innovative solutions that bring value to customers; Keeping safety first every day to protect our communities, employees and assets; and Achieving operational excellence and strong financial performance to meet our commitments to stakeholders.