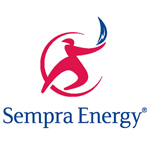 Sempra Energy's mission is to be North America's premier energy infrastructure company. The company delivers energy to over 35 million consumers through its subsidiaries. SoCalGas is the nation's largest gas distribution company and operates nearly 100,000 miles of distribution pipelines and more than 3,000 miles of transmission pipelines. SDG&E operates over 25,000 miles of electric transmission and distribution lines and over 15,700 miles of combined pipeline. Oncor is the largest energy delivery company in Texas and IEnova is one of the largest infrastructure companies in Mexico. Sempra LNG develops and builds natural gas liquefaction facilities and the Cameron LNG liquefaction facility is fully operational with a projected export of about 12 million tonnes per annum of LNG.

SDG&E is the largest, generating around 45% of revenue, and provides electricity to San Diego and Orange County, as well as natural gas to San Diego. It serves 1.3 million residential, more than 150,000 commercial, and 400 industrial customers, covering 4,1000 square miles.

SoCalGas distributes natural gas throughout most of Southern California, as well as bits of Central California. It owns four natural gas storage facilities (the largest being the Aliso Canyon facility) with a combined capacity of 137 billion cu. ft. and over 200 injection, withdrawal, and observation wells. It brings in about 40% of company sales.

Sempra Mexico includes mainly the activities of subsidiary IEnova, while develops, builds, and operates energy infrastructure in the Mexican gas and power markets. Its pipelines carry natural gas, liquefied petroleum gas, and ethane while it also operates land and marine storage terminals. Sempra Mexico accounts for more than 10% of sales.

Based in San Diego, CA, Sempra has operations in the US, and Mexico. The US accounts for about 90% of Sempra Energy's net sales each year. Mexico accounts for more than 10% of revenue.

SDG&E owns four natural gas-fired power plants, three of which are in California and one in Nevada.

Sempra's revenue has climbed steadily over the past five years. Net income is likewise in recovery after a very poor 2017 that saw profits fall by more than $1 billion. Over all, revenue increase 20% as well as 63% in net income.

Net income jumped about 110% to $2.4 billion due to a gain on the sale of its renewables assets, the contribution from its minority stake in its Texas holdings, and due to the increase of about $1.0 billion from their income from continuing operations.

Sempra Energy's mission is to be North America's premiere energy infrastructure company. They are focused on generating stable, predictable earnings and cash flows by investing in, developing and operating electric and gas infrastructure with the goal of delivering safe and reliable energy to their customers and increasing shareholder value.

In January 2019, the company's board of directors approved a plan to sell their South American businesses, which previously constituted their Sempra South American Utilities segment. These businesses include the company's 100% interest in Chilquinta Energía in Chile, their 83.6% interest in Luz del Sur in Peru and their interests in two energy-services companies, Tecnored and Tecsur, which provide electric construction and infrastructure services to Chilquinta Energía and Luz del Sur, respectively, as well as third parties. These businesses and certain activities associated with these businesses are presented as discontinued operations, as the sales represent a strategic shift that will have a major effect on our operations and financial results. Sempra Energy do not plan to have significant continuing involvement in or be able to exercise significant influence on the operating or financial policies of these operations after they are sold.